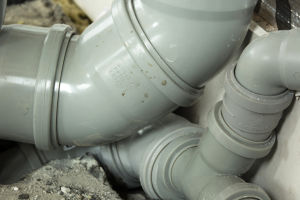 When a pipe bursts in your home or your yard, it must be fixed quickly to avoid further damage. There’s no way around it. Unfortunately, besides the sewer line repair itself, there are a number of things that can get in the way and make the job more difficult.

So what are some of these pesky problems? Here are a few hindrances:

According to a poll from Angie’s List, an estimated 73% of respondents said they would pay higher sewer line replacement costs if it would preserve their existing landscapes, patios, or other outdoor features. And considering that experts state that sewers should be replaced after around 40 years, there is plenty of time for structures to be erected.

Besides finding your yard full of flooding, the actual sewer line repair can be a huge inconvenience. But in the end, you’re going to have to fix it. So how can you make the process as painless as possible?