Four Signs That Might Indicate Problems with Your Pipes 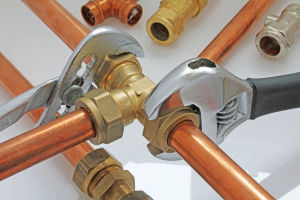 Discovering that you may have a problem with your sewer can be pretty frustrating due to the lengthy process required by normal sewer line repair. However, not catching backups or cracks in the pipes can lead to even worse consequences, such as serious water damage done to a home.

But how can you know if you may have some problems before they’re right in your face? Here are a few signs that might indicate something is wrong:

Problems with sewers can manifest from all kinds of issues. First off, if your sewers are around 40 years old, they probably need replacing anyway. But even at a young age, tree roots are notorious for breaking sewer lines due to their ability to grow 12 to 36 inches below the surface, as well as extending horizontally as much as two to three times the diameter of the tree’s canopy.

These indicators are relatively noticeable, so if on the lookout you should have no problem discovering any leaks or backups in need of sewer repair and hiring one of the 104,852 plumbing and sewage companies in the U.S. before they become too serious. Otherwise you may be wearing nose plugs in your own house.